If we work together we will successfully impact climate change.
Join today to learn more about USCAN and the organizations that are part of our network.
Join 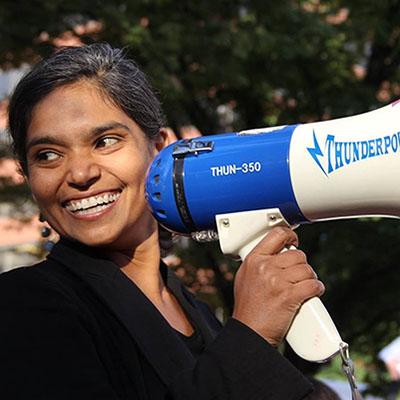 Keya Chatterjee is Executive Director of USCAN, a hyper local elected official representing the H Street corridor of Washington, DC, and author of the book The Zero Footprint Baby: How to Save the Planet While Raising a Healthy Baby. Her work focuses on building an inclusive movement in support of climate action. Keya's commentary on climate change policy and sustainability issues has been quoted in dozens of media outlets including USA Today, the New York Times, Fox News, the Associated Press, The Washington Post, and NBC Nightly News. Prior to joining USCAN, Keya worked on climate campaigns and policy at WWF, where she worked for eight years. Before that, Keya was a Climate Change Specialist at USAID. Keya also worked at NASA headquarters for four years, communicating research results on climate change. Keya was a Peace Corps Volunteer in Morocco from 1998 to 2000. She serves on the boards of numerous organizations including the Sunrise Movement and Evergreen Action. Keya received her Master's degree in Environmental Science, and her Bachelor's in Environmental Science and Spanish from the University of Virginia Photo © Erica Flock. 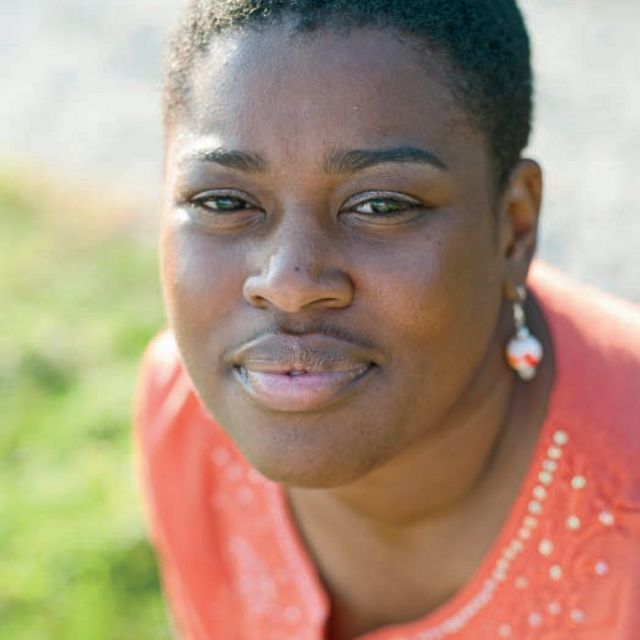 Rosita Scarborough has 20 years of experience including numerous roles with The Nature Conservancy. She started her career as an Office Manager with a field-based program in Florida, eventually becoming the first Conservancy employee to be permanently stationed in Africa and responsible for establishing the organization’s infrastructure on the continent, and rising the ranks to become one of TNC’s Executive Council members, where she served as interim Chief Diversity and Inclusion Officer.

Rosita is excited to be with US CAN now as it brings her back full circle to her ‘roots’ in conservation based on her life and experiences growing up in Kenya where her mom and aunt established a grassroots conservation movement centered around human rights, environmental advocacy and civic empowerment. Her current role with US CAN as the Senior Director of Network Engagement will entail building relationships, trust and alignment between US CAN members, and also moving them towards reaching US CAN’s vision by facilitating work that they co-create together. 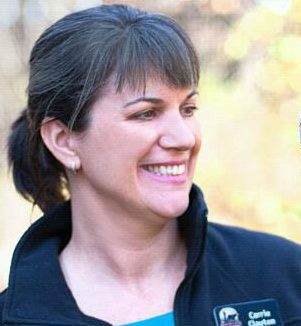 Carrie and her team administer the internal organization and infrastructure necessary to run an effective network. Please reach out to Carrie with questions about: international coordination of work between Climate Action Network Nodes; interest in joining the USCAN Board; connectivity mapping of the network; United Nations Climate Change Conference (aka COP); Justice, Equity, Diversity, and Inclusion (JEDI) work; USCAN Member Catalyzing Grants; and anything to do with accounting.

Carrie is an experienced non-profit administrator and director. She has 15+ years of experience and a strong history of success in a wide range of execution and administration of organizational policies, finance, grant management, public policy, logistics and processes. With a degree in Environmental Studies/Biology, she brings a unique mix of education and experience to her position at USCAN. Recently returning to the West Coast, she enjoys spending her free time exploring many places near her new (again) home. 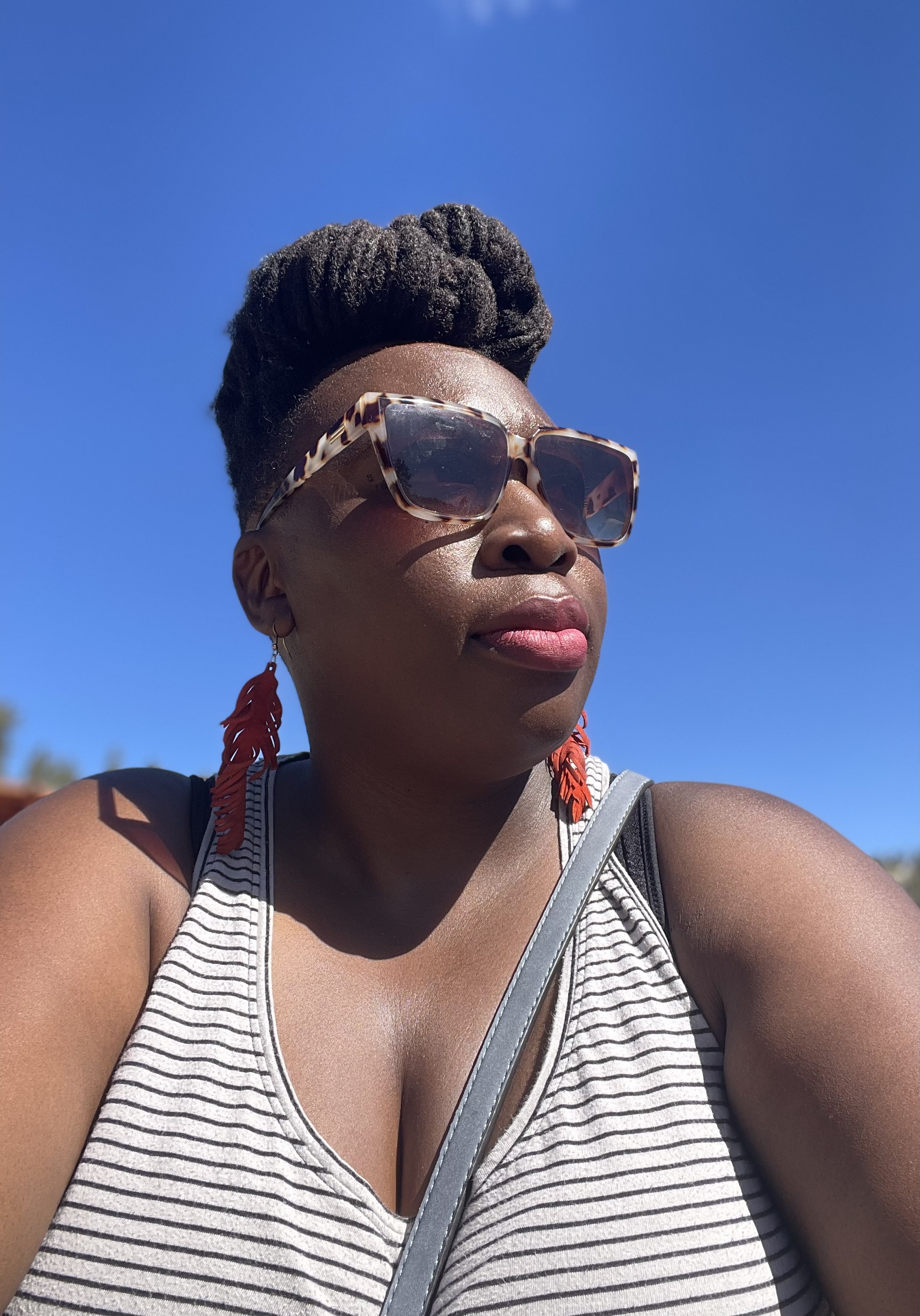 Amelia Cole is the current Systems Director at USCAN. She received a Bachelor's Degree in Psychology and Criminal Justice from Kent State University, Ohio, and started her career as a Job Developer for adults with physical, mental, and emotional disabilities. She later moved on to her local Department of Social Work where she functioned as an accounting specialist. Joining USCAN has renewed her drive to be more vigilant about climate change, especially through the lens of racial and environmental justice.

Amelia lives with her husband and two sons. In her spar time, she reads voraciously, volunteers her time with the local Down's Syndrome community, learning about different cultures - especially the variety of food, learning different languages, and spending quality time with her family outdoors. 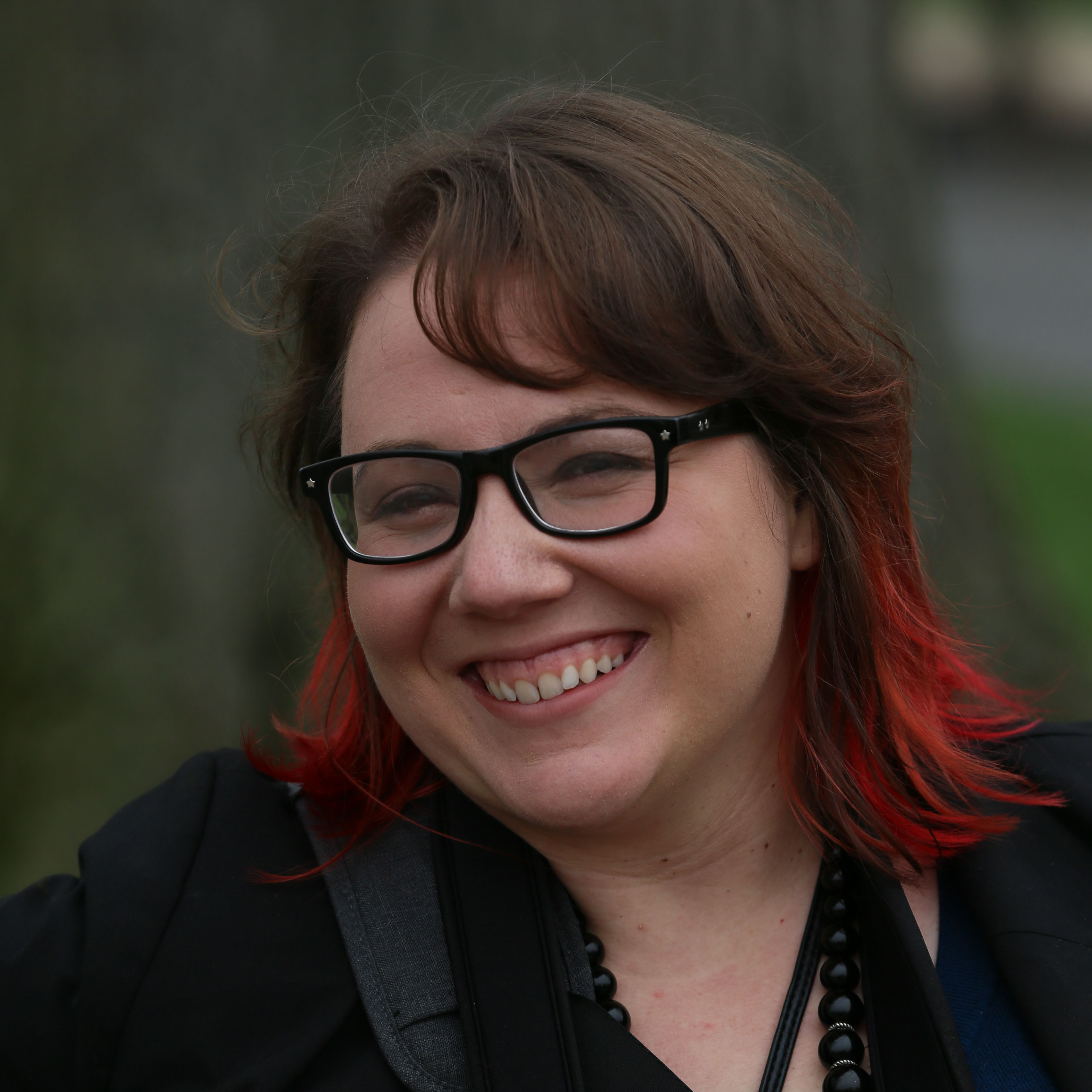 Marie is currently Network Engagement Director at USCAN. For the past five years, Marie worked as the Communications Director, improving the Network's online resources, expanding its social media presence, and building out other communications' infrastructure and processes. Whether it was engaging in the United Nation's Framework Convention on Climate Change or jumping in to help with the People's Climate Movement, Marie has both learned from and contributed a great deal by collaborating with others on different Network issue areas. Before joining USCAN, Marie worked for several online businesses improving their online presence and managing other administrative aspects of business.  Marie received a B.A. in Political Science from the University of Florida with an emphasis on sustainability. Her passion for environmental justice and determination to work towards a sustainable future led her to move from her home state of Florida to Washington, D.C. in 2010. 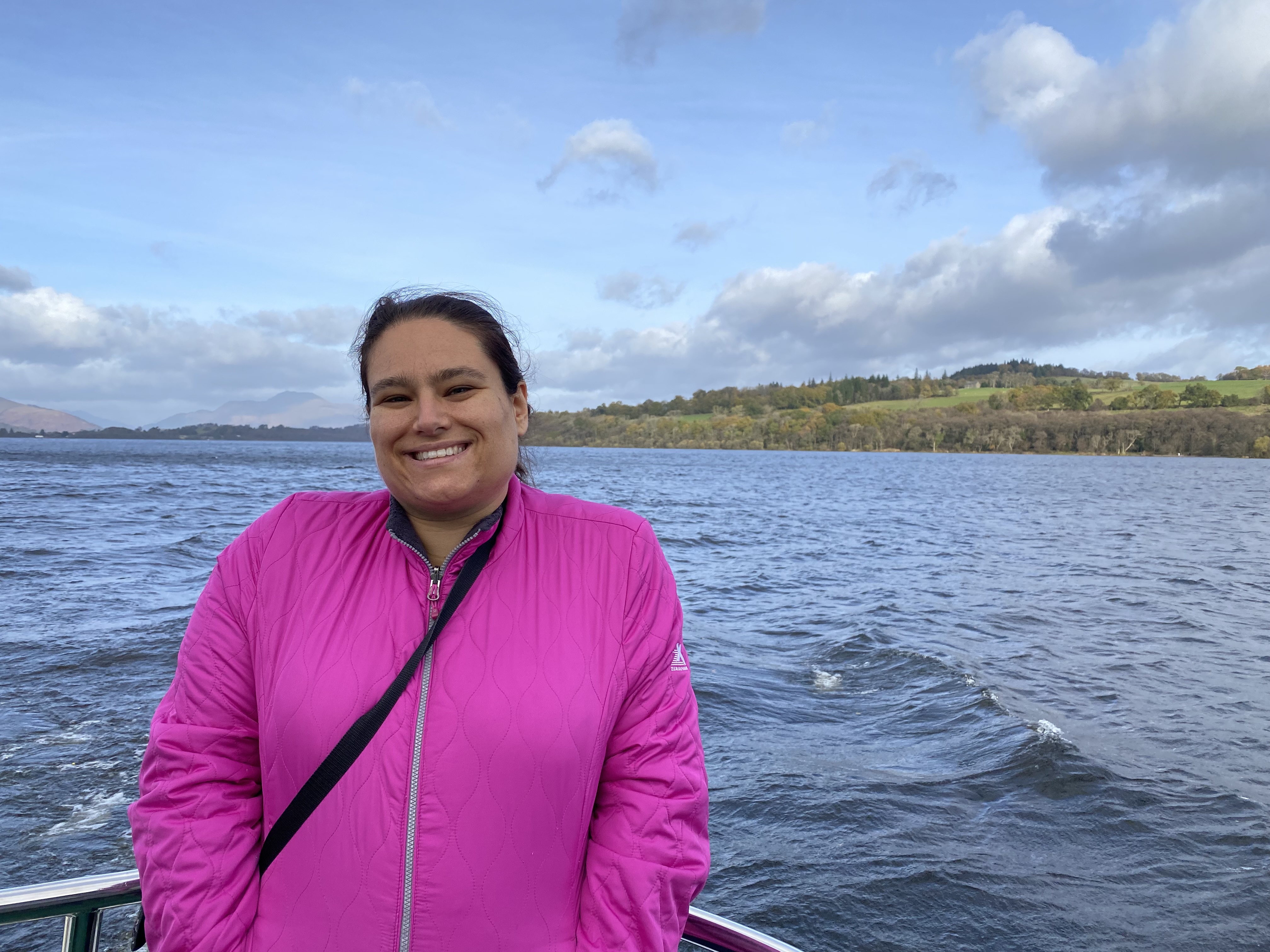 Natalie Lucas holds a BA in Philosophy, Politics, Economics & Law (PPEL), a BS in Environmental Science, a Master’s in Development Practice, and a graduate certificate in Collaborative Governance from the University of Arizona. During graduate school, at the age of 23, Natalie founded Care About Climate to unite global youth for climate action, support youth learning and capacity building to take local action, and centering equity and justice in this work. She was at the helm of Care About Climate for nearly eight years as the volunteer Executive Director. During this time she held various positions at StraightUp Solar, St. Louis Earth Day, the St. Louis Zoo, One Montana, and the Center for International Forestry Research to pay the bills and to develop her skills in many different areas of the conservation and environmental movement. Finally, she was the youngest woman to be elected to the Sierra Club National Board at the age of 25. Natalie values creating transparency and democratic process building in her organizing. 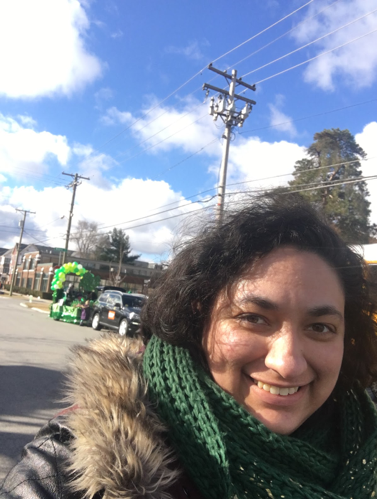 Stephanie is our data management and administrative guru. Please reach out to Stephanie with question about the USCAN Member Center, social media, and meeting requests/logistics.

Stephanie recently moved from Indiana to Washington, DC to join USCAN as the Network Systems Coordinator.

She has previously used her degrees in Political Science and Gender Studies by working on political campaigns that aimed to elect minority candidates that sought to bring much needed diversity to Indiana politics. Stephanie enjoys talking endlessly about her niece, hiking, knitting, and sci-fi/fantasy in her free time. 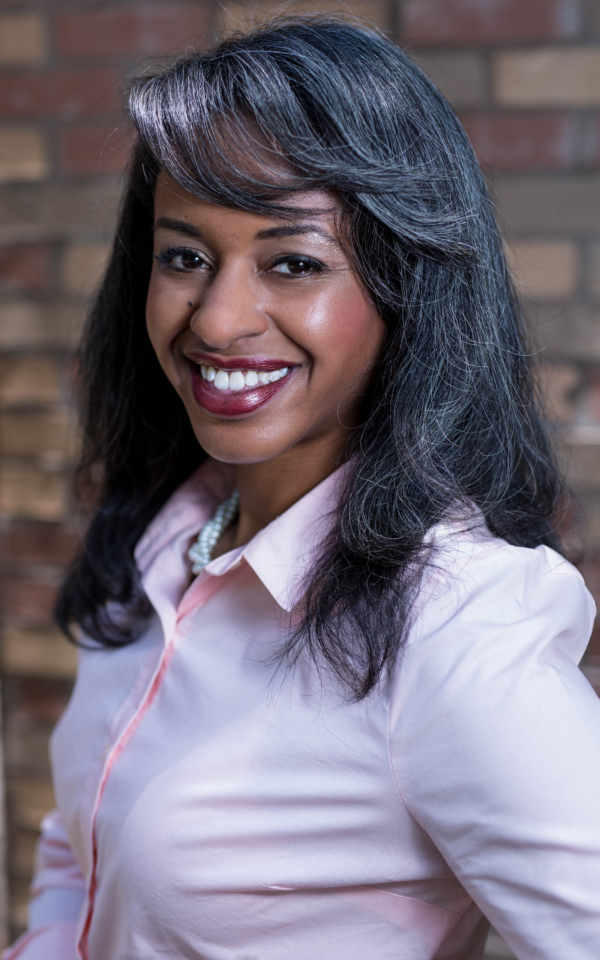 Lindsay Harper began her work in environmental, economic and social justice in 2013 with the launch of her flagship global initiative GreenGoingForward. She recognized then that there is a need to engage diverse communities through various collaborations including new media, small businesses, and the nonprofit sector. One of the most successful outcomes of her efforts was a Go 4 Green Sustainability Tour held at Atlanta Metropolitan State College in 2014. Lindsay believes that in seeking economic development, utilizing a community-lead approach to business education can facilitate strong #InKind economies, create multi-generational wealth, and build leadership and capacity. Applying these principles will directly address the systemic economic issues perpetuating the climate crisis.

Lindsay was appointed to the position of Executive Director for Georgia WAND (Women’s Action for New Directions) in 2018; the first African-American woman to hold the position. Lindsay is a native of Atlanta, GA, and a second-generation graduate of Howard University in Washington, DC. She also holds dual Masters of Business Administration degrees from Georgia State University and the Paris-Sorbonne University. 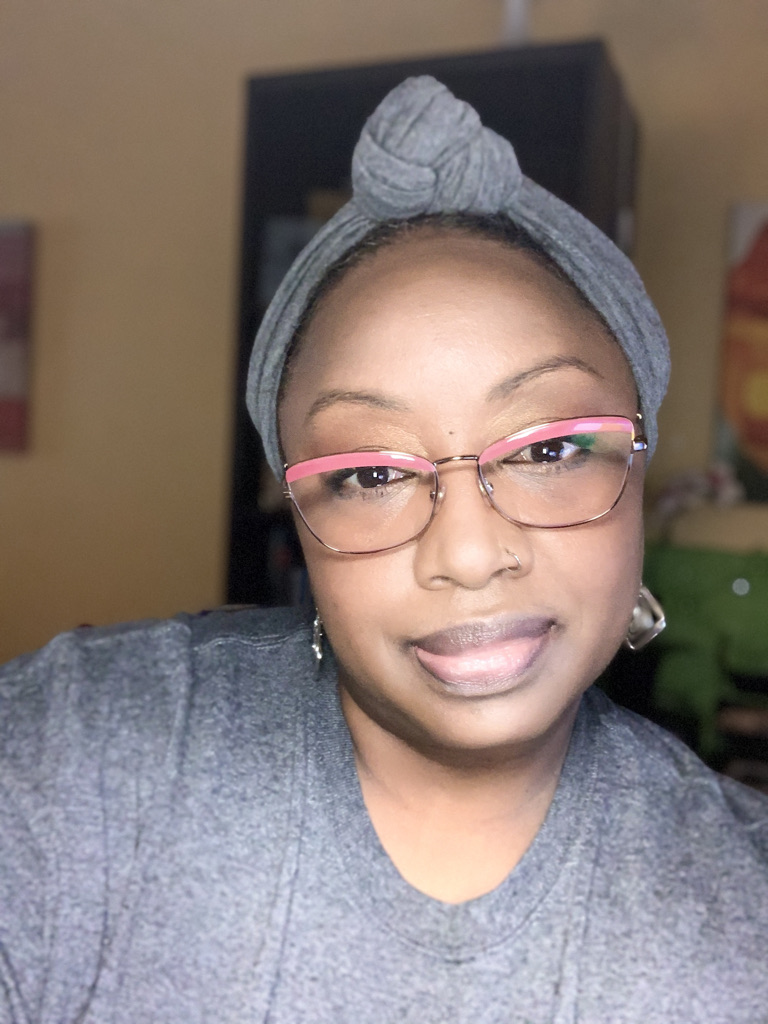 Sharon is an Editor/Motion Media Designer with an extensive background in the TV Broadcast & New Media Industries which includes editing, directing, writing and producing. She received her M.F.A. in Motion Design at the Savannah College of Art and Design in Atlanta. In her spare time she produces a podcast called "Speak Out World: Arts, Activism & More!"  which explores the connections between the creative arts, activism, and community engagement while building a global community. 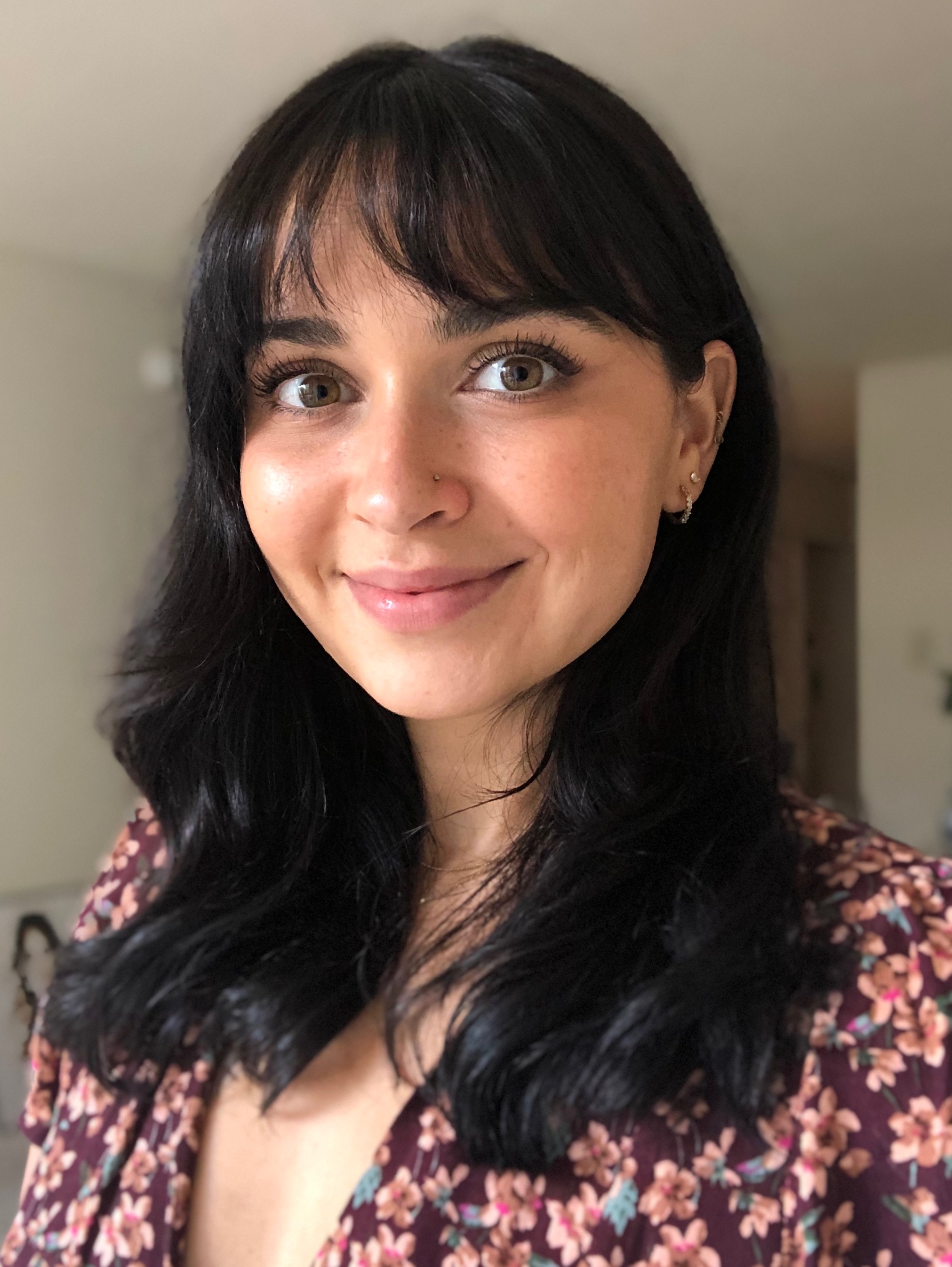 Sydney is the Arm in Arm Finance and Operations Manager at USCAN and has been with the network in various roles since 2017.  She works to support both the Arm in Arm team.  Please reach out to Sydney if you have questions regarding Arm in Arm logistics and operations.

Sydney is a Southern California native currently residing in Washington, DC, where she is still adjusting to the cold and humidity. She graduated from the University of California, Berkeley, in 2016 with a degree in Physical Geography, where she discovered her passion for environmental justice, food justice, and hiking.  In her free time, Sydney loves snowboarding, consuming fantasy books, baking, and showing pictures of her cat, Lilly, to anyone who crosses her path.